After six days in LA, we flew to Vegas and spent two nights there which we absolutely loved. Vegas is the coolest place ever, the hotels are incredible. Again we visited the city last time we were here but you could never get bored of going to Vegas- there’s always so much more to see. Most of the hotels are themed and are more like huge resorts than hotels. I love the country themed hotels, it feels like you’re travelling the world in a night! We relaxed by the hotel pool when we arrived and then on our first night there we went to go see ‘One’, a Michael Jackson tribute show in Mandalay Bay hotel which w as amazing. We then tried our hand at gambling and both came out on top!

The following day we were booked on to a coach trip to visit the South Rim of the Grand Canyon. I chose the South Rim because although it was further away from Vegas than the West Rim, I had read online that overall the views of the Canyon were better there and that you could see more. It didn’t disappoint! We got picked up from our hotel at 6.50am and got taken to a tour base but didn’t leave that until 8am. It was then a four hour drive to our lunch spot and then another hour or so to the Grand Canyon National Park. We arrived at 2.15pm and had a strict three hour limit in the park so had to rush around a bit to make the most of it. We were fortunate in that our driver took us to two spots- one crowded with people, and one more secluded spot where there were less tourists getting in your photos! The views were incredible and I would 100% have liked longer there. We got back to Vegas at 11pm and spent the evening walking around the hotels and casinos. 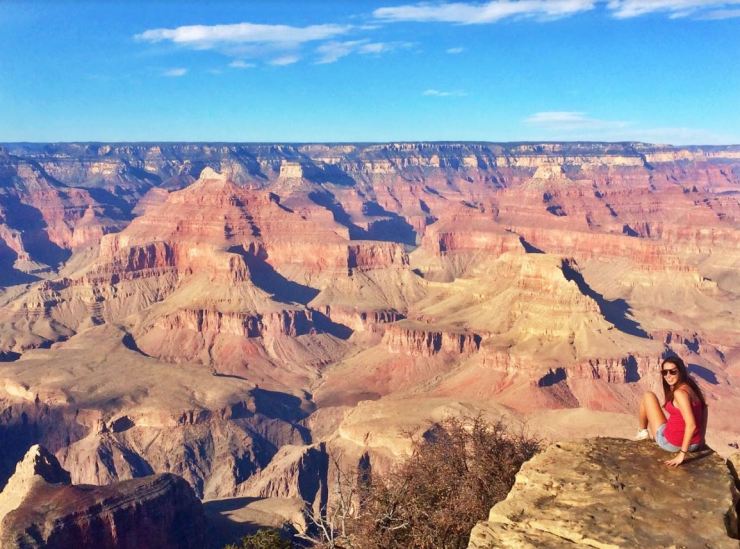 On the following afternoon, after some souvenir shopping, we flew back to LA and then that evening we got the train down to San Diego to where one of my cousins live. We spent the night there and then left early the next morning to drive the 360 miles to Phoenix in Arizona to where my OTHER  cousin lives. Two The journey took about six hours with some short stops and had some impressive scenery, mostly cactus deserts and mountain ranges. We came so close to the Mexican border my phone sent me a ‘Welcome to Mexico’ text! When we finally arrived at his house in Tempe, we had little break before driving another hour down Carefree Highway (genuine name) to get to a lake called Lake Pleasant (also genuine), where they knew someone with a boat. It was a gorgeous lake, not what you’d expect to see in the middle of the hot desert! We had a fab afternoon on the boat, jumping off into the water to cool down. The rest of the weekend was spent at my cousin’s house who goes to the university in Tempe, ASU. One evening we went to the college football game which was so good- it had a fantastic atmosphere. ASU were playing Washington who were ranked 5th in the whole of US college football so were expecting a thrashing. ASU aren’t even ranked and managed to beat Washington 13-7. Such a good game to watch!

We spent our last few days in the US back in California, in San Diego where my cousin lives. Pacific Beach, the local beach there was awesome with good waves for surfing, which we unfortunately didn’t get time for. However we did spend a day at the nearby Mission Bay, where we hired paddleboards. It was my first time paddle-boarding and I loved it! It was a lot harder on the way back against the wind though and we ached a lot the next day. On another day there we visited Coronado, an island attached to downtown San Diego via a huge bridge, where there is a old, posh, famous hotel right on the beach built in the late 1800s, which is really pretty. On another day again we visited La Jolla beach to see wild seals and sea lions who live on the beaches there. You can get right up close to them and they were huge and just chatting away to each other; they were so loud! There was even a little white fluffy seal pup.

On our last day there we visited San Diego Zoo which we really enjoyed. Again we had been before on our last trip but don’t remember loads from it so were happy to give it a second visit. They have so many animals there from all over the world, but our favourite had to be the two pandas there which we loved. San Diego Zoo does a lot of conservation work all over the world. 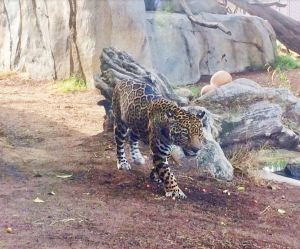 A lovely end to a lovely holiday!

Feeling ever so slightly small and insignificant in the Presidential Palace in Abu Dhabi. I have never seen so many jewelled mosaics/ chandeliers in my life!! Just incredibleee 💎💎💎
Morning light in the concrete jungle of downtown Dubai 🏙 (spot the worlds tallest building)
One year ago today - watching the sun set in Moon Valley 🌖🌗🌘🌑
Put your hands up if you miss travelling...! 🙋🏽‍♀️🌎 (and being tanned) 😩 .
One of my fave moments of 2019. Finally seeing Machu Picchu after years of seeing it in pictures! 🤩Four days of camping and hiking through the mountains and rainforest of the original Inca Trail, in rain, drizzle and with very low clouds, we didn’t have high expectations of the weather, but amazingly as we reached Machu Picchu just as the sun was rising on day 4 - the clouds lifted and we had incredible sunshine. 🌄Think it was the only clear day that week! 🙏🏼
Llamas joining us for a night of camping above the clouds in Peru 🦙🌄 (they get hunted in the wild by pumas - so slept near us for ‘protection’. Cheers guys 👍🏼)
This time last year! 🙈 I spent my last few days in Mexico on Isla Holbox - lying in hammocks, drinking coronas(with salt round the rim🤤) at wooden beach bars and watching sunsets.🌅 #ireallymisstravelling
Laguna Colorada 🇧🇴 watching flamingos feed on the red algae (which makes them and the water pink) 💕 #ireallymisstravelling
One year ago today I camped next to an active volcano in Guatemala.🌋 This volcano Fuego had erupted big time just the week before, and 4000 people had been evacuated from the nearby villages. One week on we were told this trek was ‘safe’ but if she started erupting too regularly or if the wind changed we would head straight down. When she started erupting every 20 minutes or so throughout the night, safe to say it wasn’t easy to sleep! I was convinced the guides had fallen asleep on watch and it was the end.😅 But we survived and it was the most surreal experience I’ve ever had.⛺️